The term "adjustment" refers to the specific manipulation chiropractors apply to vertebrae that have abnormal movement patterns or fail to function normally. The objective of the chiropractic treatment is to reduce the subluxation, which results in an increased range of motion, reduced nerve irritability and improved function.

The adjustment made by the chiropractor consists of a high velocity, short lever arm thrust applied to a vertebra, which is often accompanied by an audible release of gas (joint cavitation). The audible sound is caused by the release of oxygen, nitrogen, and carbon dioxide, which releases joint pressure (cavitation). The sensation is usually relieving, though minor discomfort has been reported (that usually lasts for only a short time duration) if the surrounding muscles are in spasm or the patient tenses up during the chiropractic procedure.

There are times when joint cavitation or cracking does not occur and this is often due to either significant muscle splinting or the patient may not be adequately relaxed during the chiropractic procedure. At times like this, it is sometimes best for the chiropractor to apply ice, have the patient rest, or do electrical stimulation and massage prior to attempting spinal manipulation. 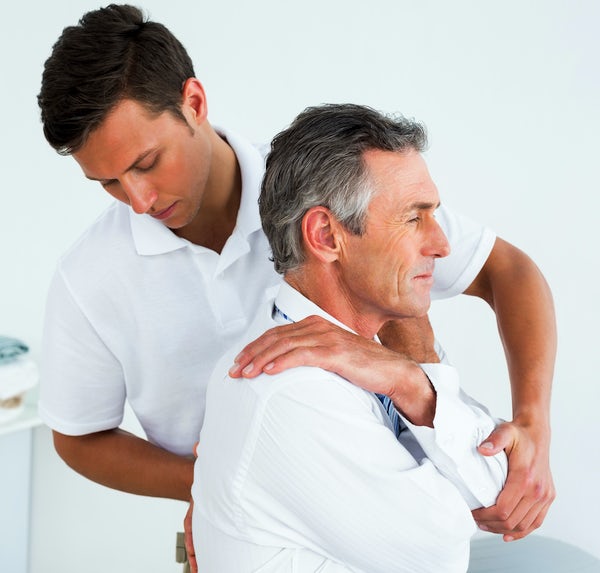